Why Helsinki?
Helsinki is the capital city and located on the shore of the Gulf of Finland. It is the seat of the region of Uusimaa in southern Finland. Helsinki is located 80 kilometers north of Tallinn, Estonia, 400 km east of Stockholm, Sweden, and 390 km west of Saint Petersburg, Russia. It has close historical ties with these three cities. After Stockholm and Oslo, Helsinki is the third largest city in the Nordic countries. The city is served by the international Helsinki Airport, located in the neighboring city of Vantaa, with frequent service to many destinations in Europe and Asia. Helsinki was the World Design Capital for 2012, the venue for the 1952 Summer Olympics, and the host of the 52nd Eurovision Song Contest.
Despite being the beginning of summer, June stays cool in Helsinki, with the average daily temperature staying around 14°C. Warmer days will see a beautiful 19°C high while nights can cool down to about 9°C as the lower. Temperatures will be warming toward the end of the month as the northern capital heads towards its hottest month in July. Celebrating midsummer's day at the end of the month, the city doesn't seem to mind a brisk summer and stays active on these mostly clear days, with less than a 50% chance of a cloudy day. The longest day of the year occurs in late June in Helsinki, with approximately 19 hours of sunlight and only a short 5 hour night. The month starts off with the sun rising at 4:10 and varies only 10 minutes during this month of the summer solstice, dropping to just before 4:00 in the morning by the end of the month. The sunset varies 15 minutes, going from 22:30 to 22:45 throughout June.
Places of interests include Suomenlinna, Temppeliaukio Church, Helsinki Cathedral, Sibelius Monument, Uspenski Cathedral, Helsinki, Linnanmäki, Helsinki Central Station, Helsinki Senate Square, Seurasaari, Kiasma, Helsinki Zoo, Kamppi, National Museum of Finland, Ateneum, Finlandia Hall, Helsinki, Kamppi Chapel, Katajanokka, Kallio, Vallisaari, Natural History Museum of Helsinki, Finnish National Theatre, Sipoonkorpi National Park, Helsinki Art Museum, Old Market Hall, Hietaniemi Cemetery, Kaisaniemi, Kaisaniemi Park, SEA LIFE Helsinki, Toolo bay.
Helsinki’s urbanization and rapid development have conveyed the city to a large and advanced metropolis. Now the city is the country’s center of industrial and political activities, and one of the major cultural and commercial center, due to its position as the capital and most populous municipality of Finland. 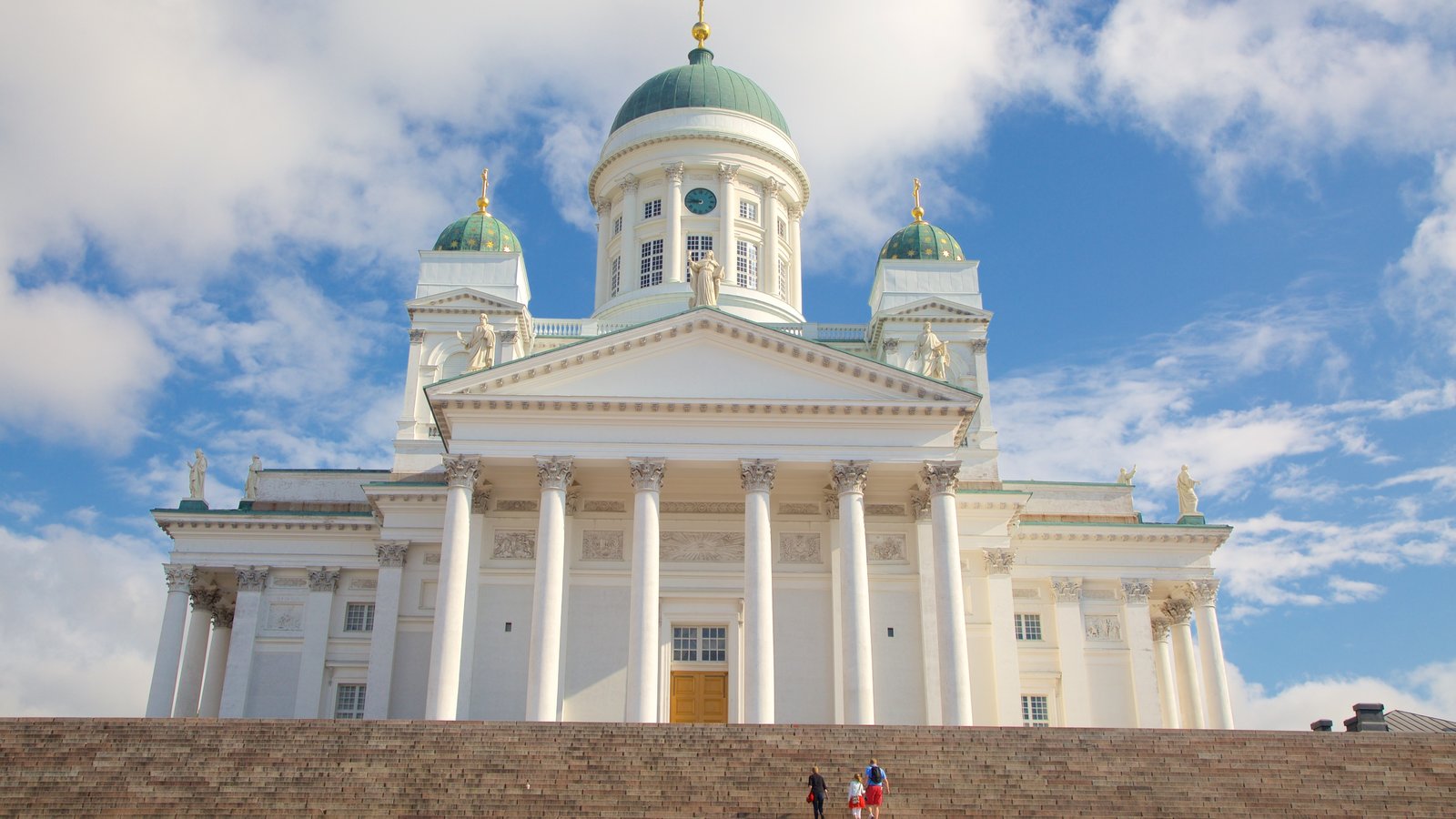